Kol HaEmek (Voice of the Valley) Community Chorale, conducted by Hazzan Judy Sofer, is the only Jewish Community Choir in Southern California and celebrates Jewish music of all types and styles, liturgical and secular, traditional and contemporary. Kol HaEmek is comprised of singers from throughout our region, both affiliated with local temples and unaffiliated.  Each year they present at least two concerts, as well as singing at Shabbat services, performing at Cantors’ concerts, and at other Jewish musical events throughout Southern California. In 2017, KHE performed at the North American Jewish Choral Festival in upstate New York. 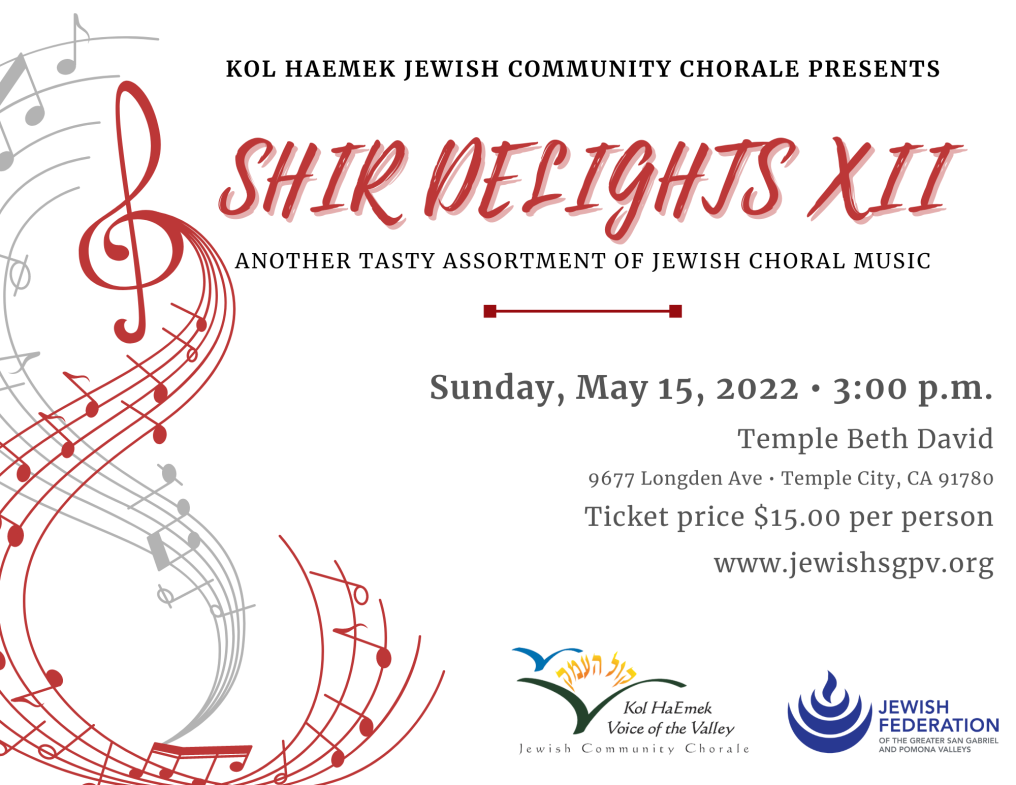 Join us for Shir Delights XII.

Click here to experience the Festival of Jewish Music, in case you missed it on December 6, 2020. 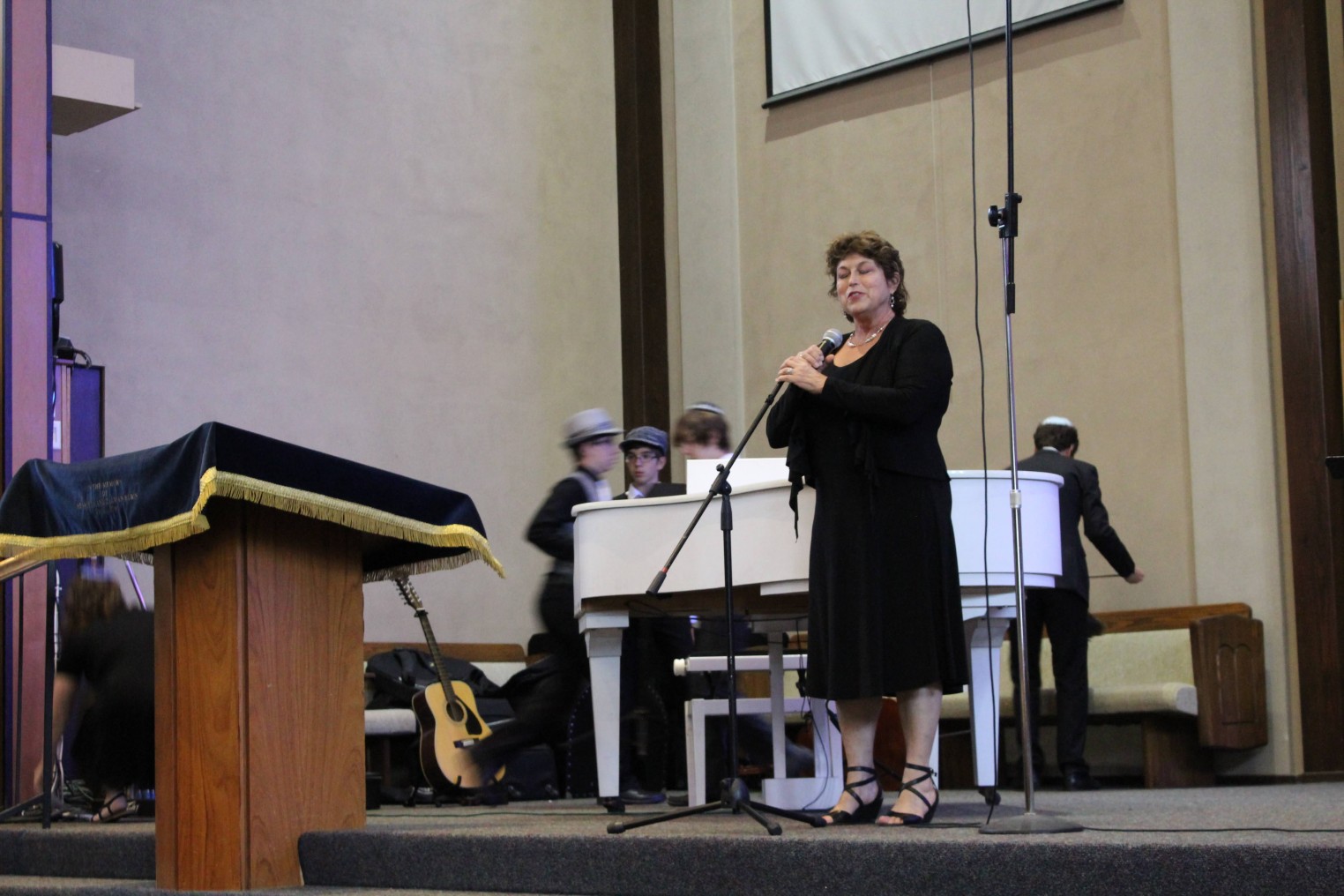 We are always looking for new singers!

Come, join us! We rehearse on Wednesday evenings, 7:00 pm-9:00 pm. Due to the Pandemic, we rehearse via ZOOM; when it is safe, we will resume our usual rehearsals at the Jewish Federation office.

Support Kol HaEmek. Every gift, big or small helps us continue to share amazing Jewish music with our community.

Hazzan Judy Sofer currently serves as the Jewish Federation's Cultural Arts Program Coordinator, as wellCantor at Temple Beth Shalom of Long Beach. She began her Music and Theatre Studies at the University of California, Irvine. After making aliyah in 1974, Sofer completed her degree—along with a teaching credential—at Hebrew University in Jerusalem. While in Israel, she performed at the Cameri Theater in Tel Aviv and appeared in a number of programs for Israeli educational television. Sofer also toured the country with her own children’s theater and taught music and piano. Upon returning to Southern California in 1985, Sofer completed her Master’s Degree in Directing at California State University, Fullerton, and received the Award for Excellence in Children’s Theater for her play, A Journey to Noteland, which was performed in seventy elementary schools. In 1994, she graduated from the Los Angeles Hebrew Union College Cantorial Program receiving her Cantorial Commission in 1999. She has also performed in many locations around Southern California as Soloist and Director/Musical Director. And, she has conducted both the Adult and Teen Choirs, and produced and directed various concerts and shows in the San Gabriel, Orange, and Greater Los Angeles areas. Sofer has served as either Director or Producer in all of the JFed Players’ productions.